August 12, 2022 – Halifax, NS – Downtown Halifax Business Commission (DHBC) is pleased to announce the completion of two new murals under DHBC’s Gritty to Pretty Placemaking Program at 1580 Grafton Street: “Mikisew” by Peatr Thomas, and “Living Space” by Daniel Burt. Thomas was a recipient of a 2022 Gritty to Pretty BIPOC Mural Grant, while Burt received a Gritty to Pretty Mural Grant.

Thomas is an Ininew (Swampy Cree) and Anishinaabe (Ojibwe) artist. The mural "Mikisew” is composed of three Ininew syllabics, or Spirit Markers, ‘SAH-KI-TAH’ which translates to ‘love.’ Intertwined with the Spirit Markers is an eagle, which represents love in the Sacred Seven Ancestor Teachings. The external lines, more commonly called ‘Spirit Lines,’ are visual representations of the connection between the eagle, the word ‘love’, as well as the land the piece now resides on.

“I love the idea of sharing culture from my homelands with others, and hopefully open conversations when trying to interpret the image,” said Thomas. “I feel most Indigenous people do not have a voice, feel they have a voice, or cannot speak up for their own reasons. Having public Indigenous art, I think, would be empowering for them as it was for me being a youth in Winnipeg, Manitoba. It’s also a great time to share knowledge and teachings.”

Burt’s "Living Space" is inspired by the energy that flows through and connects all living things. Though not visible to the human eye, this energy engulfs and swirls around us, filling up the negative space we once thought was unoccupied. The representation of this energy is a distant visual from the bare bland walls that are common in a city core.

“This bright, colourful piece will be a pleasure to Downtown patrons and might inspire some to not only see this positive energy, but to feel it as well,” says Burt. “The support I have received from Gritty to Pretty has not only made this experience possible, but has given me the chance to take steps further in my path of creativity and self-expression.”

Downtown Halifax Business Commission acknowledges that we are in Mi’kma’ki, the ancestral and unceded territory of the Mi’kmaq People. This territory is covered by the “Treaties of Peace and Friendship” which Mi’kmaq and Wolastoqiyik (Maliseet) Peoples first signed with the British Crown in 1725. The treaties did not deal with surrender of lands and resources but in fact recognized Mi’kmaq and Wolastoqiyik (Maliseet) title and established the rules for what was to be an ongoing relationship between nations. 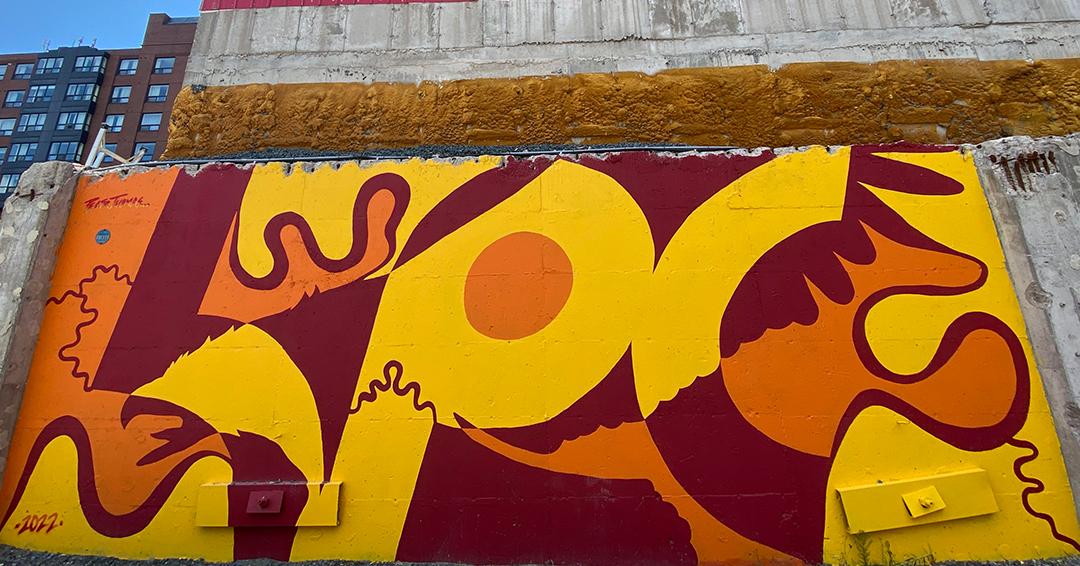 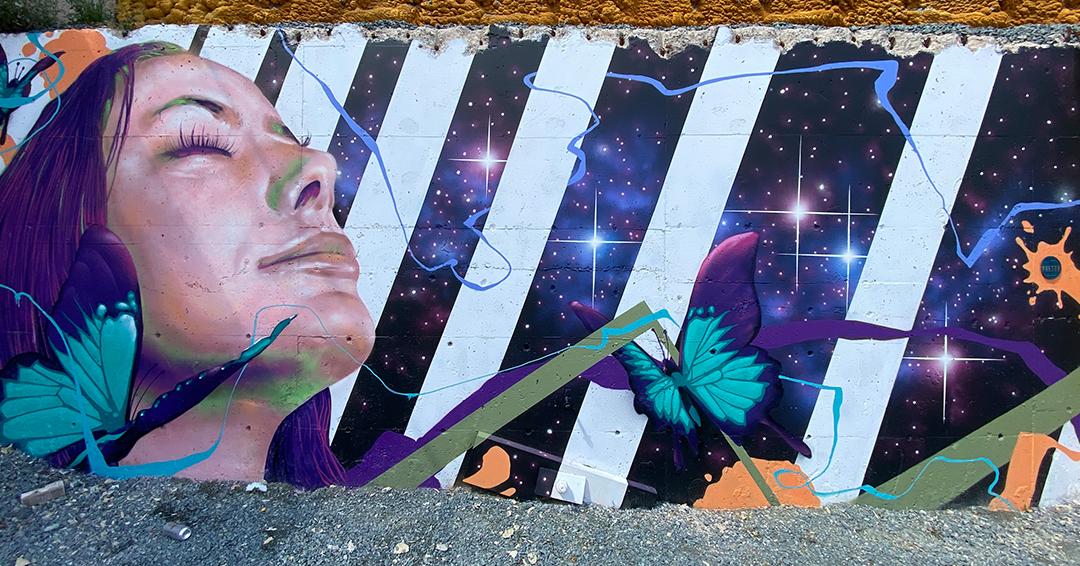