August 25, 2022 – Halifax, NS – Downtown Halifax Business Commission (DHBC) is pleased to announce the completion of a new mural entitled Sound of Time by John McPartland, also known as ABSEN. Sound of Time is on the south-facing wall of the Barrington Consulting Group building at 1326 Barrington Street. McPartland was a 2022 Gritty to Pretty Placemaking Program mural grant recipient.

“This wall on Barrington Street has been on my radar for a few years because I did my engineering degree just around the corner,” said McPartland. “I wanted to do a piece that could cover the big empty wall, but also complement the nice brick face of the beautiful heritage building.”

The concept for Sound of Time is a young woman at the piano in deep concentrated thought about her art. At her feet is a young man who is working studiously on composing his music. And to the left of these two is a young girl observing their creative hustle. McPartland drew inspiration from the relationship with time and growth, the creative sparks we see in older people when we are kids, and how through hard work, we can grow up to become the people we once idolized.

“I knew what colour scheme I wanted before the design: red, pink, black, and white. The black and white would relate to the ‘old’ themes, and the red and pink could fit nicely with the brick,” said McPartland. “As for subject matter, I was trying to think of something traditional, timeless, classic. When I thought of the word ‘classic,’ I thought of my mom who is a classical pianist. The piano is something that goes back centuries but still has the all the same relevance, if not more, today.”

McPartland highlights the importance of art in the public realm in saying, “Art on city walls not only serves as inspiration, but a reminder that what makes a city is not solely infrastructure, but the people who live in it.”

Downtown Halifax Business Commission acknowledges that we are in Mi’kma’ki, the ancestral and unceded territory of the Mi’kmaq People. This territory is covered by the “Treaties of Peace and Friendship” which Mi’kmaq and Wolastoqiyik (Maliseet) Peoples first signed with the British Crown in 1725. The treaties did not deal with surrender of lands and resources but in fact recognized Mi’kmaq and Wolastoqiyik (Maliseet) title and established the rules for what was to be an ongoing relationship between nations. 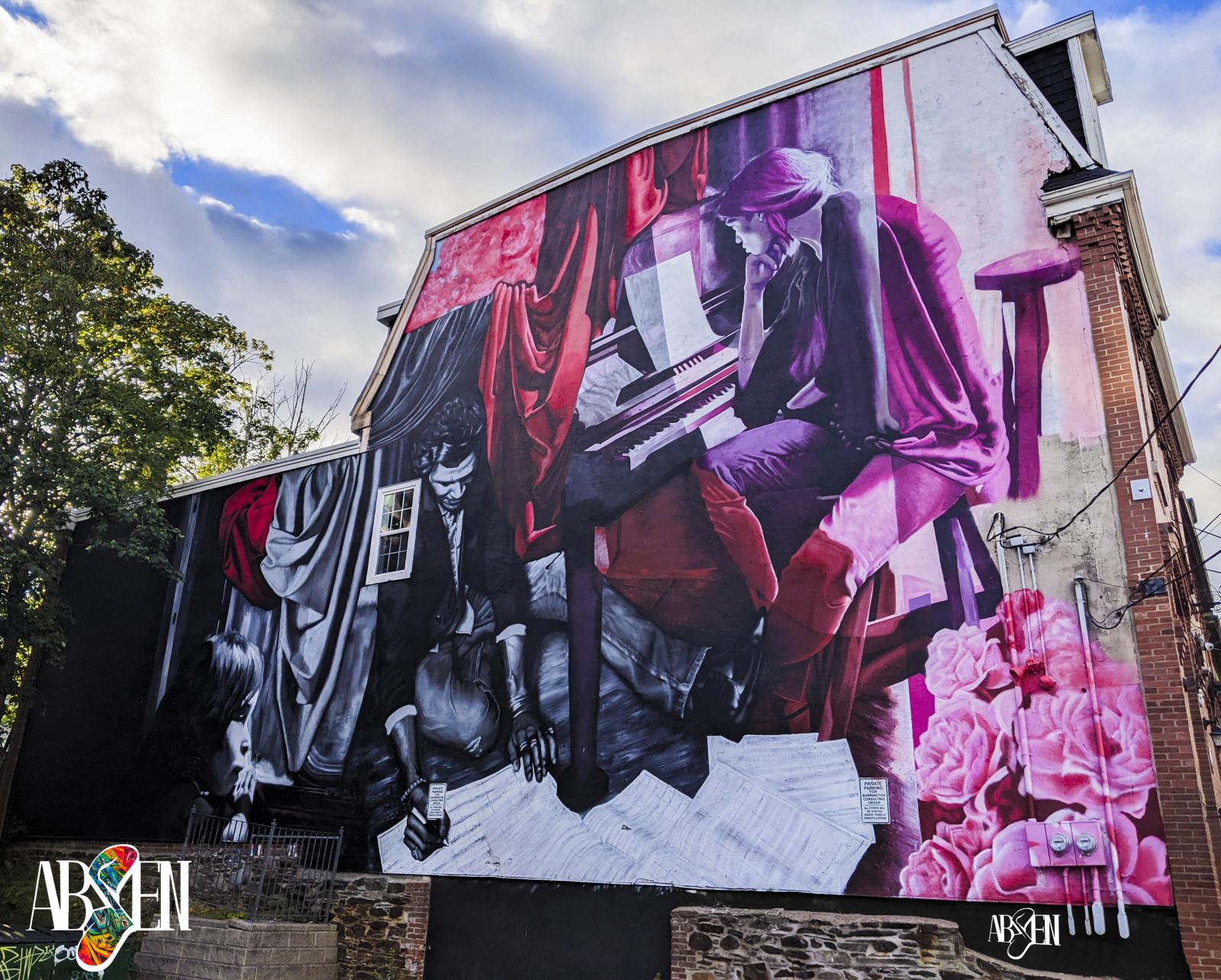